How It Lunar Planting Works

Why lunar planting? Plants sown in the correct combination of the best lunar phase and sign show increased vigor, due to having all the best influences. They are growing at an optimum rate and are not as prone to setbacks that would affect less healthy plants. Harvests are often quicker, larger and crops don’t go to seed as fast.

What is a Lunar Gardening Calendar Based on?

Isaac Newton established the laws of gravity, which proves the tides are affected by the gravitational pull of the moon. The pull of the moon is stronger than the sun because, even though the sun is larger, the moon is closer to the earth. The strongest effect is felt when the moon and sun pull from the opposite sides of the earth, at the full moon phase, although it also creates high tides when they are on the same side (at the new moon) as well.

These same forces affect the water content of the soil, creating more moisture in the soil at the time of the new and full moon. This increased moisture encourages the seeds to sprout and grow. A lunar gardening calendar that combines the best moon phase and sign together will help you achieve optimum results.

Ute York, in her book “Living by the Moon” says:

“The old-time gardeners say, “With the waxing of the moon, the earth exhales. ” When the sap in the plants rise, the force first goes into the growth above ground. Thus, you should do all activities with plants that bear fruit above ground during a waxing moon. With the waning of the moon, the earth inhales. Then, the sap primarily goes down toward the roots. Thus, the waning moon is a good time for pruning, multiplying, fertilizing, watering, harvesting, and controlling parasites and weeds”

Which is More Important: Planting in the Right Phase or Right Sign? 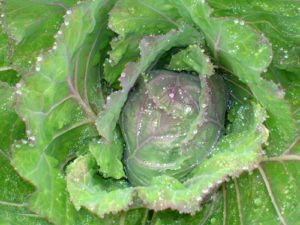 The phases of the moon seems to be the fundamental element that most people agree upon. It is also backed up by the scientific factor of gravitational pull. There is some difference of opinion about the signs; for instance, bio-dynamic gardeners would plant flowers and seed bearing crops in the air and fire signs, where others would consider that barren and better for cultivating tasks.

However, the tests that Maria Thun conducted in the 1950’s showed a stronger influence from lunar planting–planting seeds by the signs of the moon.

In our busy lives it is hard to coordinate your schedule with the perfect time to plant, so you might use a good sign in a bad phase to justify planting. And sometimes it is more important to get it in the ground without waiting for the perfect moment. Perhaps weather will force your hand, or the next best time won’t be for another month, and that would be too late. All normal rules of gardening are just as important as the lunar influence–perhaps more so.

See the frequently asked questions below for more about lunar planting.

What research has been done on lunar planting?

Dr. Frank Brown of Northwestern University performed research over a ten-year period of time, keeping meticulous records of his results. He found that plants absorbed more water at the time of the full moon. He conducted his experiments in a laboratory without direct contact from the moon, yet he found that they were still influenced by gravity.

John Jeavons, author of “How to grow more vegetables…” adds the influence of the increasing or decreasing moonlight on the growth of plants. When the moon is in its waxing phases the “increasing amount of moonlight stimulates leaf growth”, and “as the moonlight decreases the above ground leaf growth slows down. The root is stimulated again.”

Further tests have been conducted, most notably by Frau Dr. Kolisko in Germany in 1939, and by Maria Thun in 1956. They primarily experimented with root crops, showing the effect of lunar phases on seed germination. They found maximum germination on the days before the Full moon. Crop yields were reported by weight.

Thun was surprised to discover that the signs of the zodiac played its’ part as well. Thun experimented with a variety of crops: carrots and parsnips represented root crops; lettuce, spinach and corn salad as leaf types; beans, peas, cucumbers and tomatoes as fruit seed types; zinnias, snapdragons and asters were air crops. Crops responded well when planted in the appropriate sign for their type of plant.

There were some exceptions, however. Some plants seemed to favor signs other than what would appear to be logical; for instance the brassica family, (broccoli, cauliflower, etc.) which one might consider flowering types, seemed to favor water signs. Cucumbers sown on leaf days had strong leafy growth, but did not produce many flowers. Their tests also seemed to indicate that responses to lunar planting were heightened when planted in organic soil that had not been treated with chemical fertilizer or pesticides.

Why are some signs fertile and some are barren?

Rudolf Steiner was the founder of the anthroposophical movement, which sees a correlation between science, nature, universal laws and spiritual concerns. Out of this movement the bio-dynamic methods of planting were developed. He established a relationship between the elements of earth, air, fire, or water that corresponded to specific parts of the plants.

Earth corresponds to root, water to leaf growth, fire to seed and fruit production, and air corresponds to flowers. Hence, when planting crops for their fleshy roots, you would plant them in an earth sign, and so forth.

My other calendar has different dates for the moon transits. Why?

Lunar gardening facts are derived from the astrological sign of the Moon, which is different from the astronomical constellation of the same name. The astrological method aligns with the Solstices and Equinoxes. The Gardening by the Moon Calendar is based on the Tropical zodiac.

Bio-dynamic methods are based on the astronomical position of the moon. The heavens are divided equally into the twelve signs of the zodiac, but the constellations aren’t actually in those signs. The astronomical calculations have adjusted for the movement of constellations over time, called the procession of the equinoxes. The times may differ by as much as a couple days.

What were the research and resources used to develop this lunar gardening calendar?

The primary philosophy is based on Louise Riotte’s books, “Astrological Gardening” and “Planetary Planting”, which is similar to the Old Farmer’s Almanac method, using best phase and astrological sign. Here are some of the sources used to develop the calendar and the information in this website:

“The Lunar Garden: Planting by the Moon’s Phases” EA Crawford. Weidenfield and Nicholson 1989

“I’ve been enjoying your web site for the past hour.  My family has always adhered to the old ways and planting by the Moon is a part of our heritage. I enjoyed seeing the explanations you’d included in your information. Not just how, but why too. Thanks for the great information.”

“It is very informative, and understandable, without too much astrological jargon. The calendar is also very easy to use. I am sending it to an elderly friend of mine who has a hard time interpreting the farmer’s almanac. She’ll love it!”